As reported in one of the papers underlying Barca Report on the future of European Cohesion Policy, “In the 2007-2013 planning period the share of Structural Funds of the European Union allocated to Research and Innovation received the largest increase, in absolute and relative terms. It is no exaggeration to claim that, for many countries, the entire Lisbon Agenda rests on Structural Funds”.
This is particularly true for the lagging regions of the “Convergence” objective, where structural funds are by far the main source of funding for innovation in general and for e-services in particular. A specific “category of expenditure” is in fact dedicated to public e-services such as e-health, e-government, e-learning, e-inclusion, etc. which are named “services and application for the citizen” (Regulation no. 1828/2006).

Using European Commission data on programmed resources for the 2007-13 period, it is possible to explore the amount of total resources dedicated to this topic by each single Operational Programme (OP).  The map above shows the amount of resources programmed by all types of OPs (regional, but also national and interregional), with regional disaggregation (NUTS2). Regions from Slovack Republic have planned high investments in e-services (more than 189 million euros); Campania (147,5 million euros), Andalucia (Spain) and Attiki (Greece) also belong to the cluster of Regions showing the highest absolute values.

Moreover, considering the percentage of the resources not only for e-services but also for the other categories of expenditure dedicated to Information Society, it is possible to analyze the strategy each region implemented when allocating public funds to public e-services, broadband, ICT diffusion among enterprises or infrastructural services. In the “Convergence” Regions, a specific “public e-services strategy” emerges. That means that Regions investing in public e-services tend to exclude the other matters; they concentrate available resources to e-government or e-health, and very low percentage of total funding is dedicated to the other categories such as broadband or infrastructural services. For example, while funds dedicated to ICT diffusion among enterprises are always accompanied by measures for broadband penetration, resources for e-services “stand alone”, and show low correlation with the other components of Information Society funding.  This fact, if confirmed, seems not really positive, since the development of e-services should come along with the diffusion of the necessary pre-conditions.
Another interesting question is: what determine this strategic choice? is it possible to isolate context-specific factors or the choice is based only on political criteria?

Preliminary results of this study are included in the presentation embedded below, which Sergio Scicchitano and I have prepared for the first public meeting of Technology Adoption and Innovation in Public Services (TAIPS) research project at University of Urbino, Italy. The project is funded by Eiburs – European Investment Bank University Research Sponsorship Programme. In the presentation you can find graphs and other figures showing the allocation of resources at national and regional level, and the details of the principal component analysis. 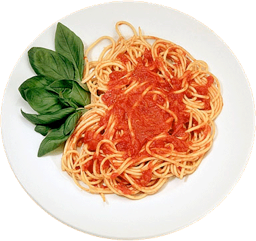 Italy does not have a national open data portal yet. Some people believe that no one even plans to create it, though Mr. Renato Brunetta, Italian Minister for Innovation and Public Administration, in an interview with Wired Italy in June, promised that a “Data.gov.it” will be launched by the end of 2010 following the example of data.gov and data.gov.uk.

Evidently, Italian “civic hackers” did not believe him or simply could not wait. So yesterday they launched their own open data public portal with a tiny budget and lots of enthusiasm. Well, to be precise, not one but two different open government portals appeared on the web on exactly the same day.

The first, datagov.it, is promoted by the brand new Italian Association for Open Government, a small group mainly composed of independent consultants working for national agencies or institutions such as Formez (a public agency for training courses dedicated to central public administrations) or ForumPA (a leading company in organizing major events and exhibits for public administrations), or connected to the network InnovatoriPA (Italian Innovators in the Public Administration). Their main objective is to publish a manifesto for open government in Italy, the draft of which is now available for public consultation and will be finally released on November 30, 2010. The manifesto seems not to be linked to any particular action or event, as it was the Open Declaration on European Public Services, which was conceived to influence the Ministerial Declaration on e-government. This website also has a page containing a list of publicly available datasets – very small for now (only 8 listed), but growing.
The second website is ironically entitled “Spaghetti Open Data”. Rather than a declaration or a manifesto, the portal focuses on the available datasets by listing and classify them in a rigorous way. The group of volunteers behind this effort is composed of key civil servants and information holders in Italian Regional and National Government which were supported by a team of very efficient developers.

This is how Alberto Cottica, one of the promoters, commented on yesterday’s launch on his blog:
“We aggregated 32 databases; not bad when you consider that data.gov, with all the firepower of the Obama administration, had 47 at launch.
It’s only a small thing, but it feels right for various reasons.
Firstly, it is a concrete achievement. I have had enough of complaining about the idle government, the backwardness of Italian culture, the financial crisis, bad luck. I have precious little time to spare, and I would like to invest it on projects that pay me back by yielding some kind of result. The Spaghetti Open Data group has put in some work, and in a few weeks it produced something which is actually there, and it works. If you want to build something with Italian open data you can, right now, without having to wait for structural change or a new generation in government. All it took is some voluntary work and 41 euro for hosting.

Secondly, it is intellectually rigorous. We had to ask ourselves the same questions that I imagine confronted the people in charge of data.gov and data.gov.uk. Are statistic data open data? (Apparently not) Does it make sense for statistical and open data to be collected in the same place? (Apparently it does, so that citizens can correlate the ones with the others) How to organize metadata? (We went for compatibility with CKAN, as in data.gov.uk) we have mapped a possible way for Italian open data, and future legitimate websites of open data have an all-Italian benchmark that they can consider, or even copy.

Finally, it is the expression of a small community of about fifty bloggers and civil servants that worked together towards a common goal, across their considerable cultural differences, showing mutual respect along the way. I have also had enough of bashing bureaucrats as stupid or evil. Some are just that, others are wonderful people and great war buddies. Most are reasonably clever, well-meaning people who happen to be very different from me: collaborating requires investing a little time and effort to come to understand each other. It is almost always worth it”.

That said, while the national open data portal is somehow being created, as always happens the best things are happening at regional level. Same thing with open data: good efforts to open up public data and to create open data portals are from the Regional Authorities. Above all:

• Piemonte Region is leading the way with its open data portal dati.piemonte.it, being active from May 2010.
• Toscana Region has set up a webpage full of datasets, and has provided itself with a regional law on the re-use of public information.

A chat with HAL VARIAN on Open Data and Gov 2.0 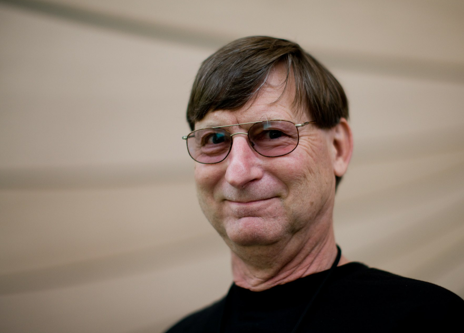 Professor Hal Varian is one of my personal idols. As a student, I studied microeconomics from his famous manual which is used in almost every University in the world. Recently, I usedMicroeconomic Analysis again in my own Economics course at La Sapienza University in Rome, and I rediscovered the clarity and rigor of this text.
But my life literally changed after reading Information Rules, a groundbreaking book he wrote with Carl Shapiro in 1999. This book led me to study innovation and technology and to make the study of innovation a profession.

Many of you might know he is now Chief Economist at Google, and his job is analyzing economic trends by exploiting the potential of Google Trends and the tons of queries people make every day. A very exiting job indeed. He is certainly the master of web 2.0 data.

Professor Varian is now touring Europe for a series of meetings that will culminate with the WTO Forum in Geneva tomorrow. Last Thursday he was over in Rome to meet the Italian Minister of Labour Maurizio Sacconi at a public meeting organized by the lobbying and media company Reti entitled “Web Economy: Internet for economic development”.
How could I have passed up the opportunity of being there and asking him a couple of questions about open data and gov 2.0?

Professor Varian, what do you think about this kind of global fever for open data and Gov 2.0? Is it all hype or does have a future?

I think that this model is very attractive. You can think of the government as the wholesaler of data, that puts it up in bulk form. Then this data can be downloaded, refined and improved for retail and distribution. There are a lot of reasons to think that that model might be attractive, because the role that the Government would play would be quite specifically defined: make the raw data available. Then people can extract from that what they want, and polish it, beautify it, crack it and a lot of other things. So that is a model which I think could be attractive to Italy, the US and the other Countries. The problem of managing the data from end to end is that it’s very expensive and a very big challenge. The most important step is to make the data available even if it’s in a raw and unfinished form.

Two days ago, at Gov 2.0 Summit 2010 in Washington DC Ellen Miller of Sunlight Foundation strongly criticized the availability and quality of the data published on USAspending.gov and Data.gov. It seems that this revolution is actually not happening yet.

Well, I think that in the Obama administration, for example, they are making a lot of more patent data available, FCC (Federal Communications Commission) data available, and so on. So it is happening, it’s just not as rapid as one might think, because it’s a difficult problem. But I think there’s enough momentum behind this effort, and we will see progress. As they say “pazienza”! (he laughs).