At the origins of Open Goverment 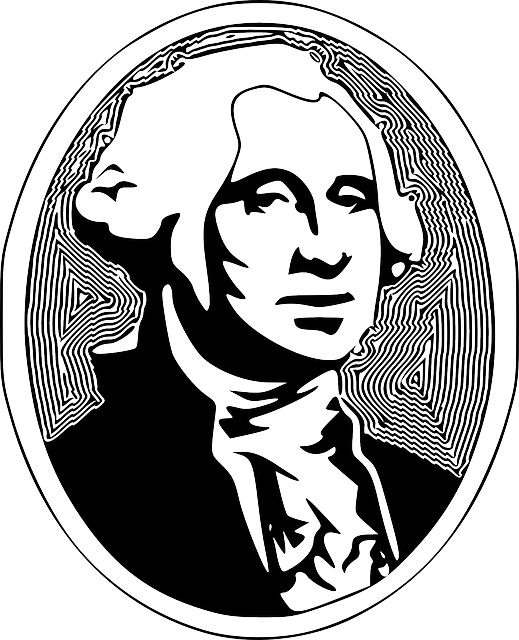 As a European from “the continent”, I am particularly interested in the origins of the American “obsession” for government accountability and distrust in “the bureaucracy”. So I started reading some articles and books from the huge Public Administration literature, thanks to a class on this subject at the State University of New York at Albany. Here you can find just a note to myself (and to Public Administration geeks!). I really hope my understanding and reasoning will evolve over time, as I keep on reading 🙂

Woodrow Wilson mentions the European attitude towards Public Administration and politics when he cites quite rudely “a German professor of political science saying to his countrymen, ‘Please try to have an opinion about national affairs’” (Wilson 1887, p. 24).

In the US, public opinion seems to have (or have had) a different character. The fact that “the State” was not explicitly mentioned by the framers of the American Constitution represents for many the proof that “the bureaucracy” is something “somewhat illegitimate” (Rourke 1987, p. 232).  The origins of the US “stateless” Constitution are not only historical – i.e. the hostility to the English establishment – but also cultural, such as the influence of the Ancient Roman Republic (Stillman 1990, p. 157) and the civic virtues of heroes like Cincinnatus who, after his service as consul and dictator, retired as a farmer avoiding any compromise with power. The same view is reflected in the Jeffersonian tradition, focused on bottom-up government and limited apparatus (Kettl 2002, p. 34).

While the uneasy reconciliation of Republican values with the stateless origin of the American Nation was made thanks to “the expedient of locating sovereignty in the whole people” (Caldwell 1976, p. 478), according to scholars like Norton Long and John Rohr one of the sources of legitimation of Public Administration is the opportunities that it opens for the citizens to be involved in the decision making and in the work of government (Rourke 1987, p. 230).  It is not by chance that the recent paradigms of Open Government, Open Government Data (see for example Dawes et al. 2004) and collaboration in public services provision (see for example Noveck 2009) have all originated in the US, emphasizing the contribution of citizens and civil society to achieve goals of transparency and effectiveness of public policy.

In the “early voices” of the public administration science (Shafritz & Hyde 2012) the role of Public Administration as a way to reinforce democratic institutions and facilitate collaboration with the external environment seems to be not fully developed. For example, the works by Weber, Addams or Gulick are mainly focused on the internal issues regarding the functioning of the public administration machine. Wilson seems to negatively describe public opinion as something that (unfortunately?) comes with democracy, and that must be “educated” (…or manipulated?) by policy-makers (p. 21).
Lately, the Public Administration literature has taken into account the representativeness of public administration. The work by Kaufman shows that representativeness can be improved thanks to decentralization as the enabler of an “effective popular participation in government” (p. 266), even though this effort will not be maintained over time (p. 272). 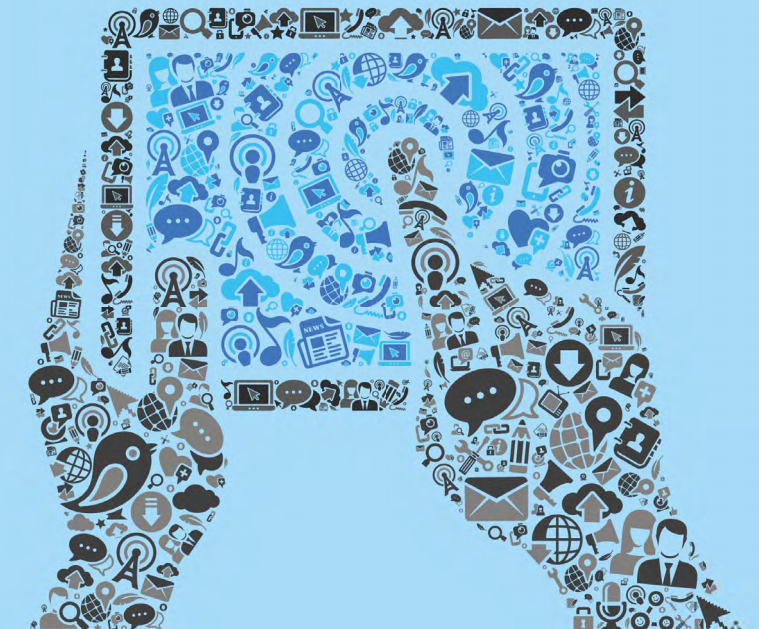 Back in 2011, I wrote a post for this blog on the results of a workshop on the Open Government research agenda hosted by the Center for Technology in Government (CTG) at the University at Albany, State University of New York. Unfortunately, I wasn’t there. But somehow – albeit at a distance – it has shaped my interests so profoundly that now, after 4 years, I find myself working at CTG and dealing with the same interests and research topics.

Coincidentally, a couple of weeks ago I was asked to share my opinion on how to improve the Open Government ecosystem based on a paper that is reporting on the conclusions of the same, enlightening workshop.  Here are just my 2 cents on some of the fundamental ways in which governments should change. 1. Focus on the long-term vision, not just on quick-wins. Changes in the open government ecosystem require long time. Government organizations are complex and removing the constraints to innovation requires special efforts.  The temptation is strong for leaders with short-term mandates to focus on the “easy part”, which generates immediate benefit from the point of view of political communication, but yields only short-term, unsustainable results (unfortunately, this is the history of most of the digital governance efforts in Italy).

2. But also commit to get things done. The vision itself is often not enough. The implementation of general principles and the execution of commitments are crucial.  What is the reason behind the decision of a Country to be part of the Open Government Partnership? Diplomatic relations, hype, emulation, or real willingness to change? Why President Obama announced a brand new USASpending.gov in 2014 and after almost a year the website has less functionalities than the older version?

3. Improve legibility and accountability, not just add a dataset to the open data portal.  Open data are sometimes seen as a panacea. While releasing government data in a useful way will enable new, unexpected uses in the open government ecosystem, open data are a means to an end, not an end in itself.  Open data don’t automatically imply transparency or accountability.  So a government cannot say “I am transparent, all my data are on line!”. Open data are a very powerful tool to improve transparency and accountability, for example, when data are “legible”, i.e. when it’s possible to track back the chain of responsibility behind that public action (a service, an infrastructure, a policy, etc.).  It’s a highly risky challenge that government organization should take.

4. Change the way to communicate.  Sometimes communication in public administrations is really old-fashioned.  Some public “communication officers”, for example, still debate in their conferences about “branding”, “products”, and “techniques to avoid difficult questions from the journalists” (true!!). This sounds like marketing principles during the ’80s!
An evolution is necessary from a unidirectional model (government > citizens) to a multi-directional dialogue. This enables new forms of collaboration between the citizens and the government.  For example, solving problems together and having the citizens telling this story would be a great form of communication.

5. Get involved with local communities. The paper refers to intentionality as one of the main factors shaping the Open Government Ecosystem. Just releasing open data is not enough. Governments should put in place proactive actions to stimulate the demand of their data. People and communities that are interested in a specific topic (e.g. NGOs, associations, unions…) probably ignore the very existence of that dataset that was just released. And, if they don’t, they probably don’t know what are the best way to analyze it, match it with other information, use it as a way to improve a given program or policy. So improving the “demand-side” of data publication (and related capabilities) is a brand new activity that the government should consider.  [In the photo: the 2015 Hackathon of the Italian Open Data community Spaghetti Open Data]

6. (Not just IT) Change the organization.  Processing external feedback coming form the ecosystem is a totally new business for a public organization. This requires a transformation of processes and internal structure.
Some Open Government initiatives are just “special projects”. They have no “manager”, no “office”, no “department”. When nothing at the organizational level really changes, even processing the feedback can be difficult and can hardly be efficiently sent to the organizational units responsible for that particular program/policy.

7. Not just IT… but IT matters, a lot. So many Open Government websites and mobile apps fail because they are simply not usable, not “sexy”, not interesting. They are not fast enough, easy enough to scale up and involve a critical mass of interested users.  Also, the design of these tools has a lot to improve.  Many public consultations fail as well because their websites are poorly designed. Public engagement initiatives could find new opportunities for improvement at the intersection between art, civic design, technology and government action. 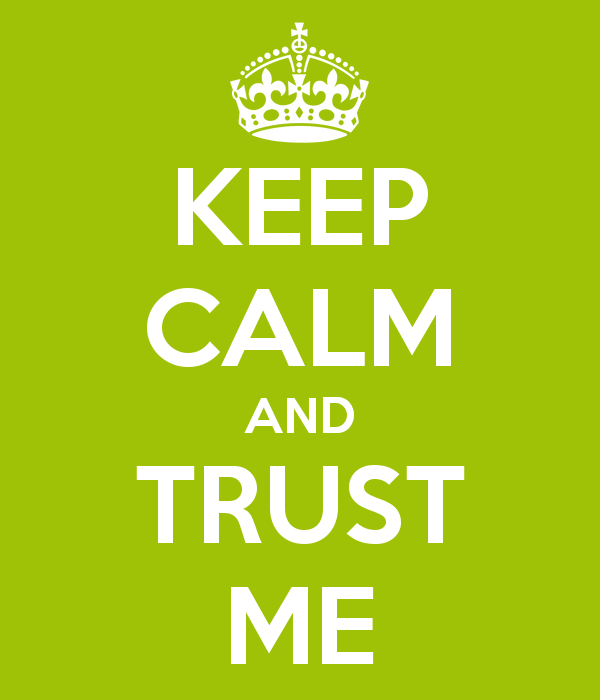